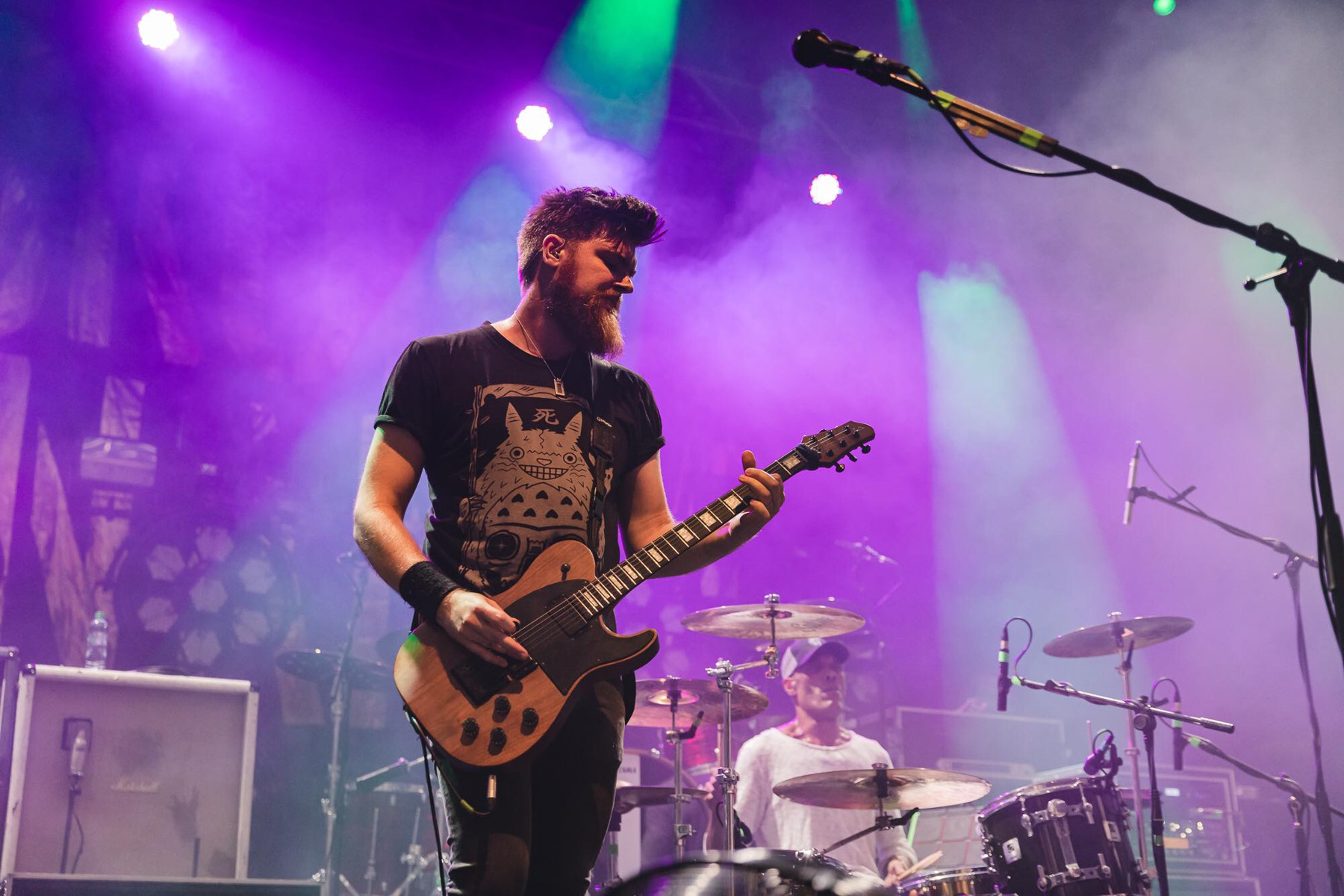 Marlow/UK, 24 April 2020 – Since their official debut at NAMM last year, Sennheiser’s IE 400 PRO and IE 500 PRO in-ear monitors have turned into essential companions and can be found in the pockets of audio lovers and musicians all over the world. They are choosing the single dynamic principle of these in-ears because of their distortion-free, detailed and accurate sound reproduction, as well as their comfortable fit that comes as close as possible to custom ear-moulds. Sennheiser asked four industry professionals to share their thoughts and experience of using in-ear monitors.

“I was mixing for Jax Jones and guest artist at the time,” he recalls. “Whilst doing soundcheck with my IEMs, I had a chance to compare them to the Sennheiser IE 400 PRO. What really surprised me was how good the frequency response on the Sennheiser IEMs was compared to my go-to pair of custom in-ears. I tried to crank the volume up to see how far I could go. Even at a high volume they still responded well with no distortion whatsoever. That’s pretty impressive for a pair of generic IEMs!”

The following month, Antonietti was at rehearsals for the last show of Jamiroquai’s 2019/20 tour at the Winter Tantora Festival in Al-Ula Saudi Arabia, when one of the backing vocalists had her IEMs out for repair.

“I immediately handed her my IE 400s,” he says. “At first, I was expecting to spend time changing a few things in her mix as, usually, when you move from moulded IEMs to generics you lose a certain level of clarity and definition of low and high frequencies. However, after doing the soundcheck, she was very happy with the sound and fit, and we made just a few tiny changes to adapt her mix to the new IEMs.”

Another serious user of in-ears is Paul Visser, vocalist and guitarist of London-based rock trio Black Orchid Empire. The band is anticipating the release of their new album in June, which was recorded at The Recording Studio in London.

“I'm blown away by the Sennheiser IE 500 PRO IEMs,” he exclaims. “I've used countless universal and custom monitors in the past and these have some of the best bass response, HF detail and natural comfort I've ever encountered. I used them with Black Orchid Empire when we were on tour supporting Skunk Anansie. They performed perfectly every night, including a sold-out show at Brixton Academy. These things are fantastic!”

Liam Kearley, drummer for progressive rock band Black Peaks has used IE 500s on numerous gigs and cannot wait to use them again once the Covid-19 storm is over.

“The Sennheiser IE 500 PROs are a very clear sounding balanced in ear monitor for me,” says Kearley. “Using them live with my band Black Peaks for the first time was a true revelation. The clarity and response I had from them whilst playing was incredible. I look forward to really pushing their limits when we get back on that stage!”

On the contrary, Andy Robinson, monitor engineer for Celeste and other artists, only managed to use his IE 500s on one gig before the Covid-19 situation worsened. This has forced him to use his in-ears for a much more modest task for the time being.

“I’ve only ever managed to use the IE 500s alongside the FOH engineer for the artist I was working with at the Brits,” says Robinson. “We were both impressed. They’re very nicely packaged and the case that comes with them has a great insert in the middle for keeping the cable tidy and safe in storage. The cable has a nice flexibility to it but doesn’t feel delicate. For generics, the isolation is amazing and they’re really comfortable.  The sound is pretty balanced as well.

“Unfortunately, due to the whole Covid-19 situation, I’ve only managed to do one gig on them. But I’ve been using them for running and they don’t ever come loose in my ears. I think they’d be great for musicians that move around a lot on stage and also great to give to dancers that often don’t have their own set of moulds.”

When it comes to a question on whether it makes sense to invest in a good pair of in-ear monitors, the answer is simple.

“Absolutely,” confirms Robinson. “In my experience, IEM’s are the way forward. They give you the opportunity to have the same set of monitors whatever venue you play, big or small, wherever you go in the world. Their TrueResponse single-driver technology means that each musician has more control over what they hear on stage and won’t have to have them as loud as traditional wedge monitors, which is ultimately better for saving their hearing. Having everyone on in-ears also has the benefit of reducing the stage sound, meaning the FOH engineer has a lot less noise to battle. Ultimately, this improves the sound quality for the audience. More and more pop gigs are pushing session players on to in-ears, so they’re becoming a necessary investment in order for musicians to get work. The IE 500 PRO is a great off-the-shelf, affordable solution.”

Antonietti agrees with Robinson, echoing his thoughts on the importance of getting good quality in-ear monitors.

“I always recommend investing in a good pair of IEMs and in a good back up pair as well, if you can’t afford to buy two of the same type,” he says. “I would definitely recommend the IE 400 PRO to someone who wants to get into the IEMs world; they come at a very reasonable price for the quality they have! In my view, they’d be perfect for keyboard, guitar, and bass players as the low-midrange has a very good definition - and I would definitely recommend them as a very good backup plan, too.

“I often work on events where musicians or guests show up without their personal IEMs and I think the IE 400s could be the best options as generic pair of IEMs. Also, they are rally easy to fit and, with the different buds, they can fit everyone,” concludes Antonietti. “I’m really looking forward to hearing the IE 500 PROs, too!”

To stay informed about the latest offers, make sure to take a regular look at the campaign website www.sennheiser.com/special-deals to discover new promotions every month.

About the Sennheiser brand

We live and breathe audio. We are driven by the passion to create audio solutions that make a difference. Building the future of audio and bringing remarkable sound experiences to our customers – this is what the Sennheiser brand has represented for more than 75 years. While professional audio solutions such as microphones, meeting solutions, streaming technologies and monitoring systems are part of the business of Sennheiser electronic GmbH & Co. KG, the business with consumer devices such as headphones, soundbars and speech-enhanced hearables is operated by Sonova Holding AG under the license of Sennheiser.